Home/About Us
About Us

In their simplest form, repair cafés are pop up events located on regular dates where the local community can get their broken household items repaired for free by volunteers.

View All Events
or
Find A Repair Cafe 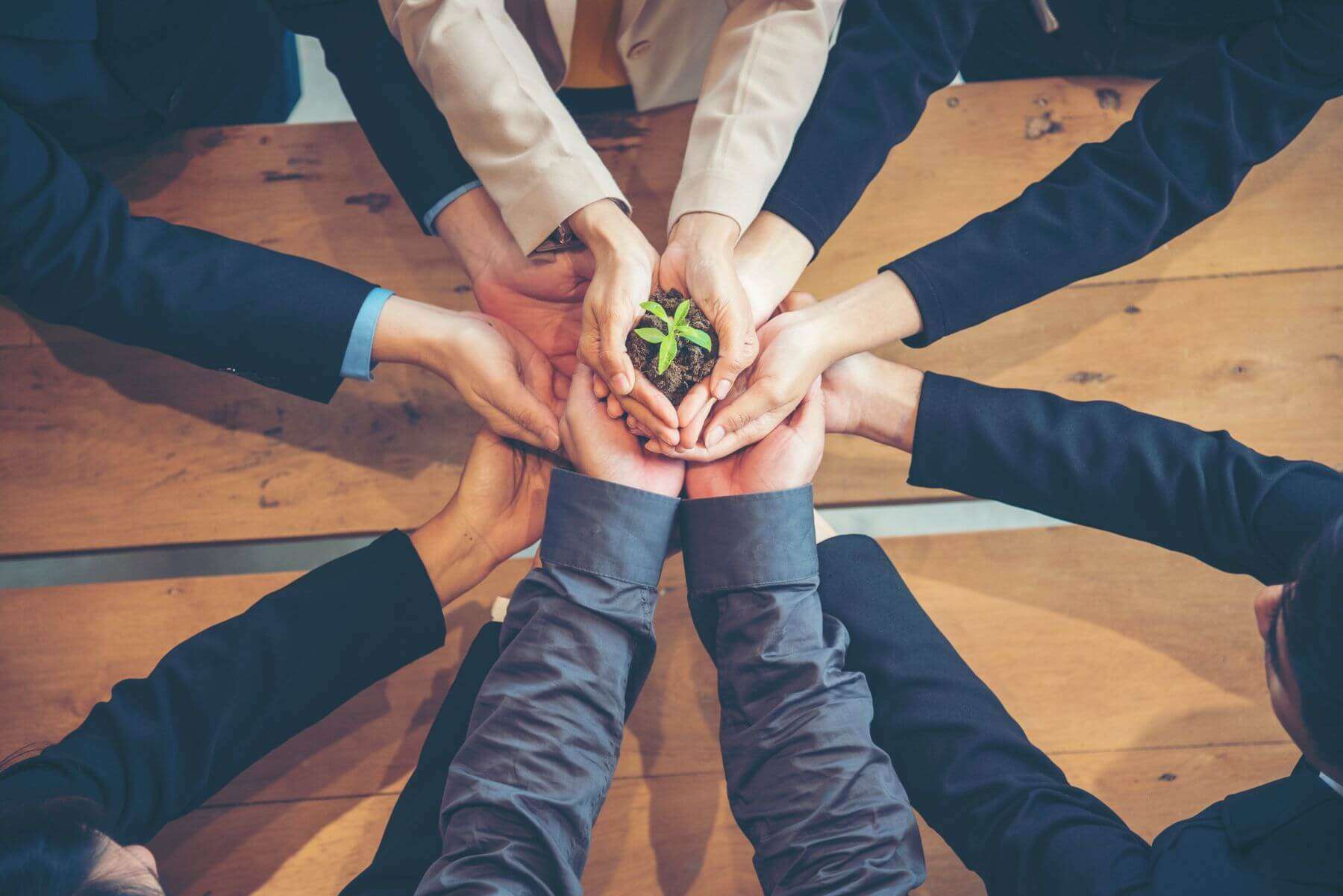 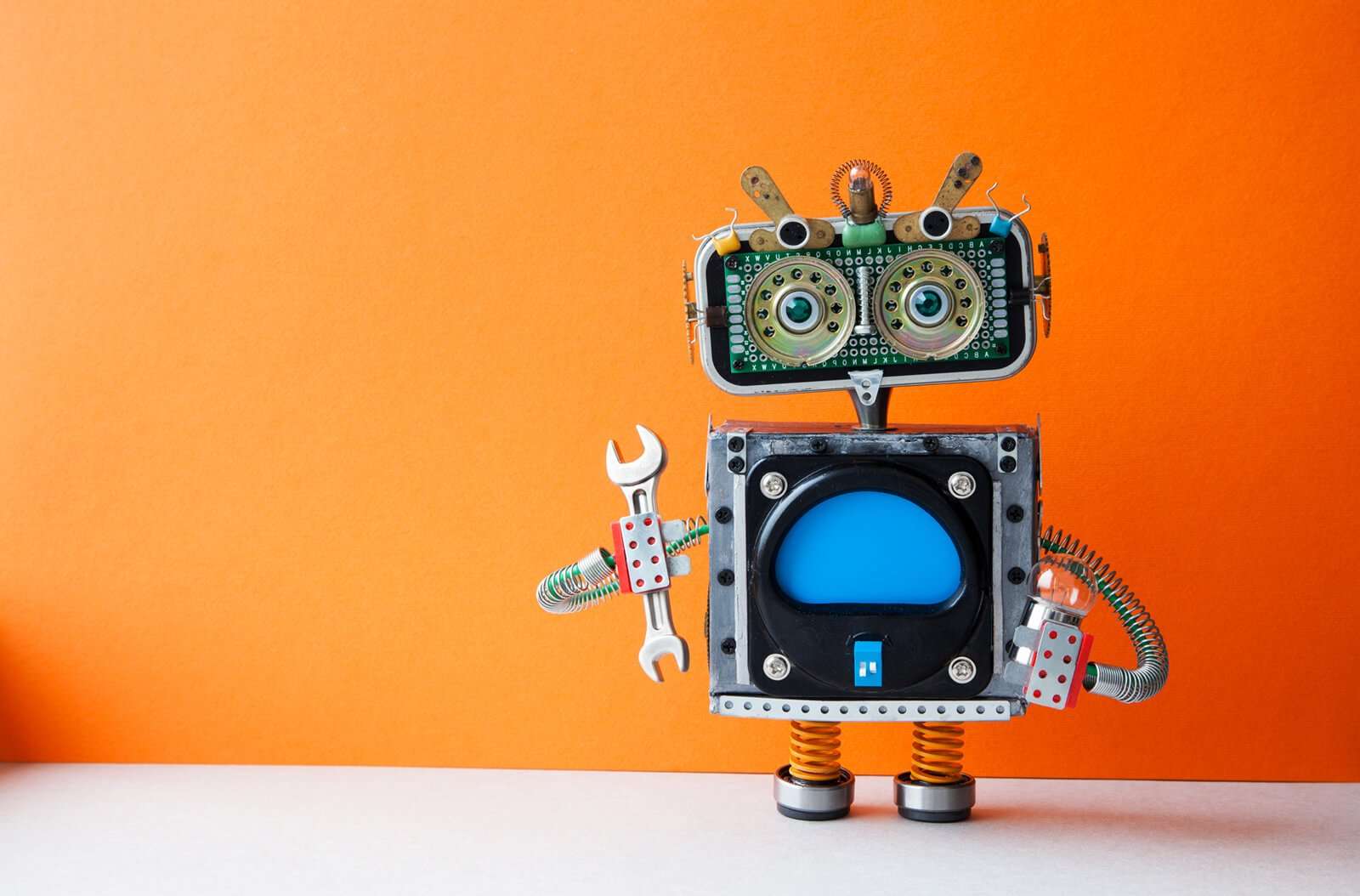 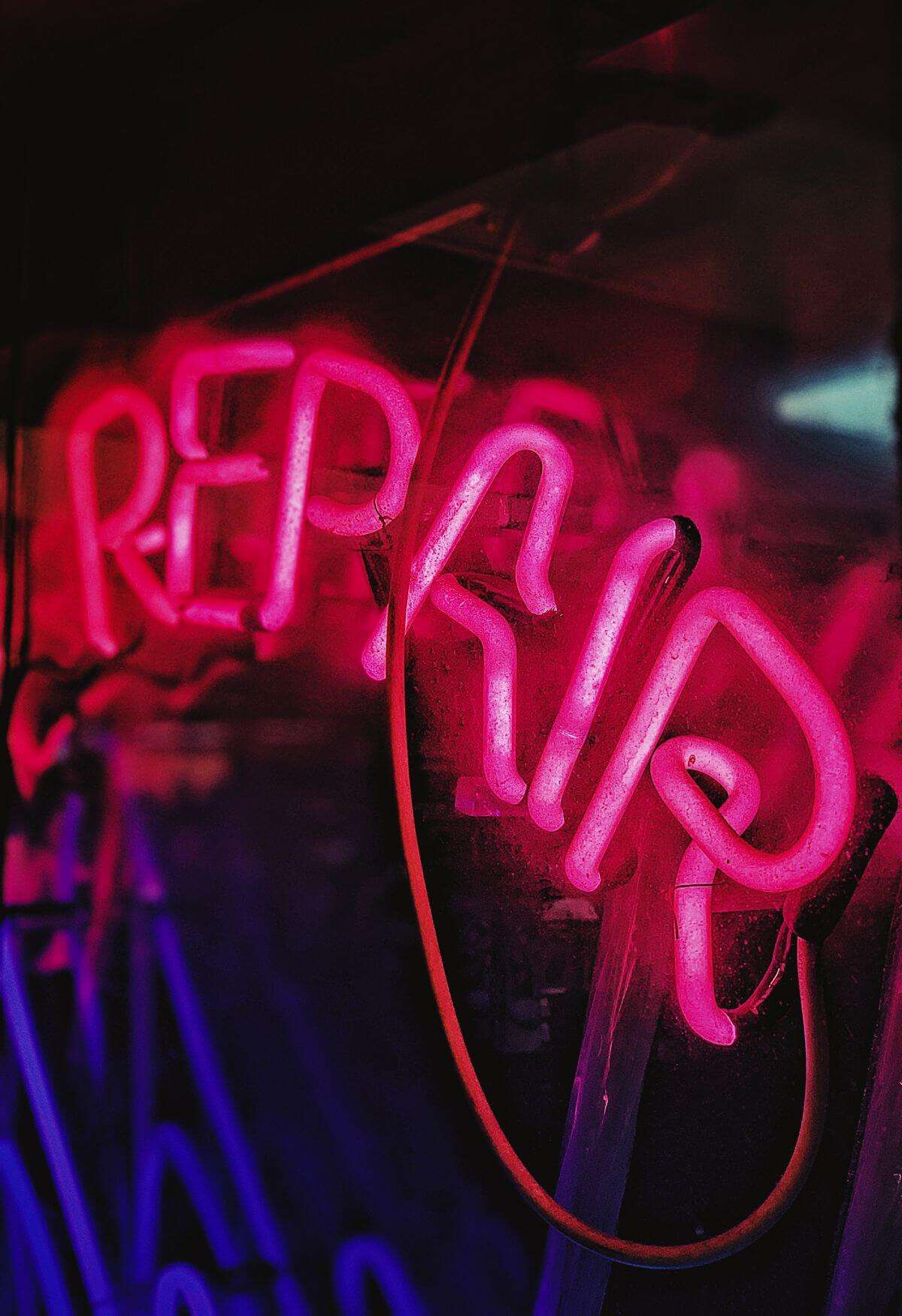 Frustrated with the unsustainable growth of landfill and waste, the international repair café movement started in Amsterdam and now there are over 1,800 repair cafés around the world.

Repair Cafe Wales was founded by Joe O’Mahoney and Cerys Jones in April 2017 to start and support repair cafés in Wales.

Repair Cafe Wales has been awarded funding from the organisations below including a grant of £49,976 from the Welsh Government’s Landfill Disposals Tax Communities Grant Scheme via Wales Council for Voluntary Action to save a wide variety of items from landfill by offering repair café sessions at locations in Cardiff, Newport, Port Talbot, and Swansea. The funding helps us to also help the community – by developing practical skills so they can fix their own possessions and build resilience.

In our aim to become self-sufficient, we also hold fixing masterclasses, corporate events, and upcycling demonstrations.

How a Repair Café Works

Repair café events reduce waste, teach skills and build community resilience. The events are run by volunteers who will try to fix anything that is brought to them (though with specialist items, do contact your local repair café.

Repair cafés are started by residents, with our support, and run by the local community. We can provide advice and support on everything from organisation, processes, insurance, fundraising, volunteer recruitment and social media.

At each repair café event, somewhere between 20 and 50 members of the public bring their damaged or broken household items for repair/advice. Typical items include electrical goods, technology, ornaments, clothes, bicycles for basic maintenance & guidance, jewellery and more! The repair café volunteers then attempt to repair the items. The visitors are encouraged to join in and learn how their item is being fixed so that they can attempt similar repair in the future.

We are a not-for-profit Community Interest Company with a management board.

Thinking of starting a repair café?

Repair cafés are a fun, social way to combat the general frustration with wasted materials, resources and a loss of skills. It’s a community, a space for empowerment and the site of transformation where people’s relationships with their household items shift from consumer to owner. 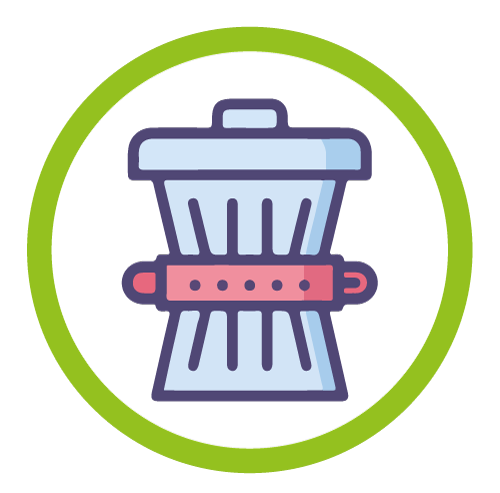 Repair cafés help household items be used for longer rather than throwing them away. This reduces the volume of raw materials and energy needed to make new products. It cuts CO2 emissions by reusing instead of manufacturing new products. 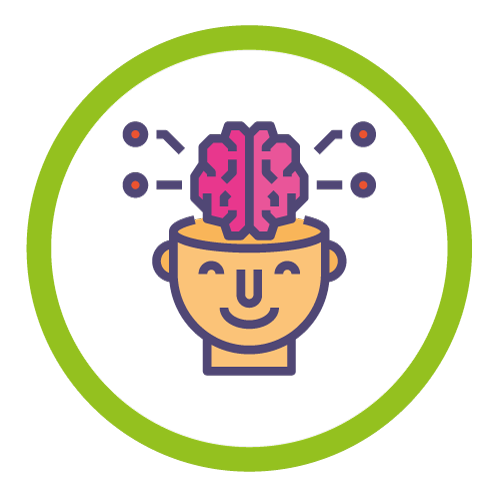 By promoting a repairing culture and inviting each one of our visitors to sit with a volunteer repairer, repair cafés show appreciation for the people who have practical knowledge and ensure these valuable skills are getting passed on. 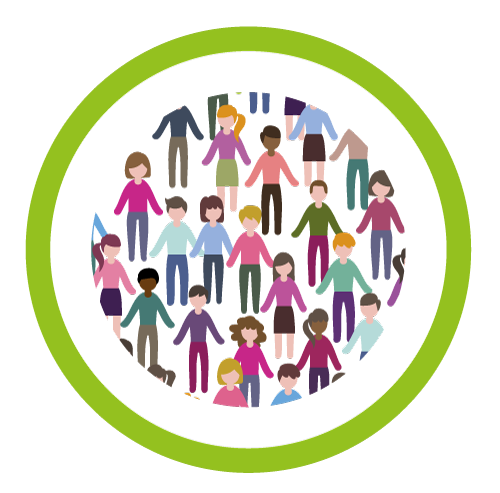 Repair cafés promote social cohesion in the community by connecting local residents from very different backgrounds and with different motives with each other through an inspiring and low-key event.

We have a very far ranging board, each who bring their own expertise and experience to help grow Repair Cafe Wales. 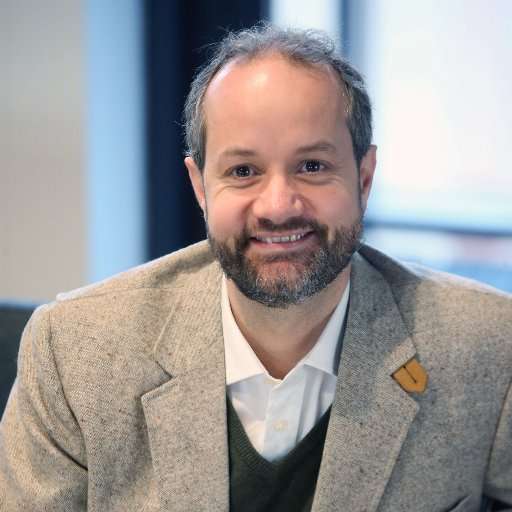 Joe is a founder and Chair of Repair Cafe Wales. For the most part, this involves managing the strategy of RCW, talking at external events, and applying for funding.

In his day job, Joe is a Professor of Management at Cardiff University. He has received four prizes for teaching excellence, published three books with Oxford University Press, and led several research projects. Joe founded two successful private companies, StayMobile Technology and Consulting Mastered and prior to joining academia, Joe was Head of Digital Products at Three, and a senior management consultant with Xansa. Joe has featured as an industry expert on BBC Radio Wales, Radio 2 and Radio 4, and appeared on BBC 2’s Dragon’s Den. 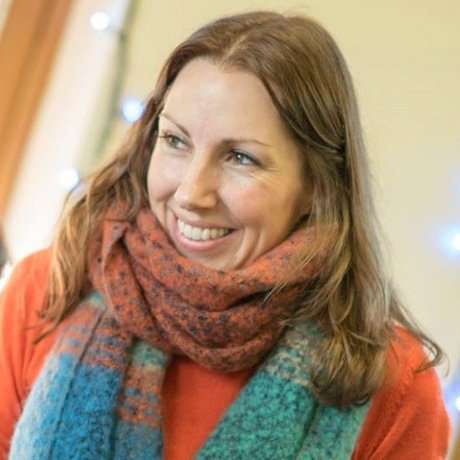 Cerys has responsibility for project managing the opening of 8 new repair cafés across south Wales. Cerys also handles the day-to-day operations of the organisation and is the first point of contact for all enquiries.

Cerys’ early career was spent with boutique executive search firm The Winchester Partnership, working with global manufacturing, sport and automotive clients. Having worked in New York, London and Sydney, she joined Savills Plc before joining financial services business Principality Building Society. Alongside Repair Cafe Wales, Cerys manages Benthyg (Wales’ first library of things) and is the co-founder and Operations Director for Pegasus Ultra Running. She has utilised over 20 years’ worth of experience to lay the foundations of all three organisations by implementing processes, systems, data capture and the highest standard of customer service. 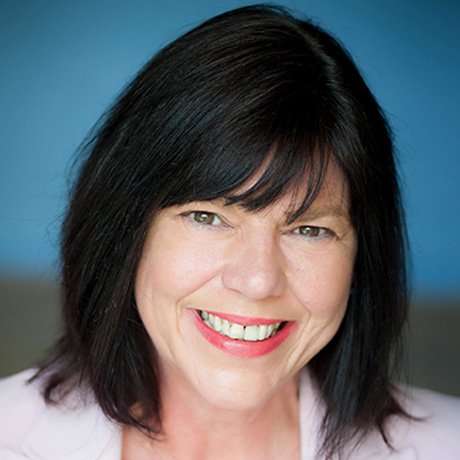 A professionally qualified, marketing and business development specialist, Karen brings expertise across a broad range of sectors – delivering consumer and business-to-business marketing and communications to the Repair Cafe Wales team. Project management skills have been key in delivering success in positions at McCann Erickson; the BBC; University of Wales and, currently, Tata Steel.  A contract commission for Forestry Commission Wales first ignited a latent interest in sustainability.

Karen has a real passion for strategy; brand management; campaign planning and implementation.
But, what makes Karen tick? Project management and team playing – her core values embrace fairness, honesty, efficiency and making things better.  In addition to her Board Director role, she can often be found in the community, hosting at repair cafés across South Wales. 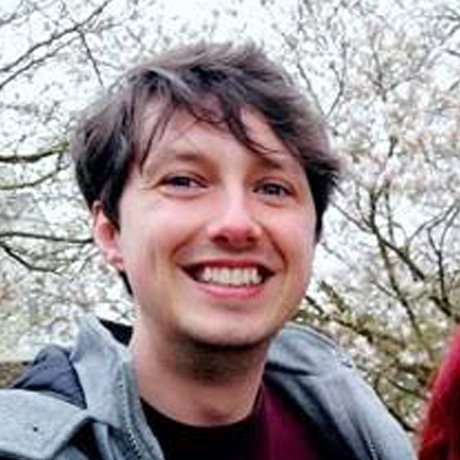 John is the External Events Coordinator and Spokesperson for Repair Cafe Wales. This involves organising one-off events, speaking at external events and managing media requests. Over the past year John has worked with partners such as Green City, Cardiff Science Festival, British Heart Foundation, Techniquest, and Friends of the Earth Cymru on collaborative events.

In his day job, John is a Research Associate at Cardiff University School of Engineering. Having completed a PhD, he now conducts research into the use of Structural Health Monitoring as an enabling technology for a sustainable future. He is also a STEM Ambassador and speaks at events, delivers workshops and co-organises events such as Soapbox Science, which aims to combat the underrepresentation of women in STEM. Not forgetting the importance of art, John is also a musician, and you can often find him at one of the local open mic nights in Cardiff. 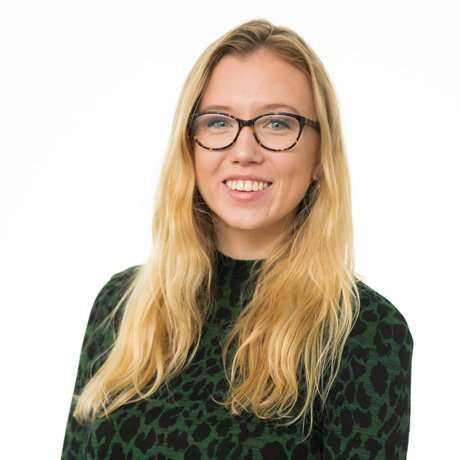 Her responsibilities include assisting with funding applications, event planning and business development.

In her day job, Phoebe is an Executive Researcher for Goodson Thomas, a boutique executive search firm. She has a range of experience in the third sector having undertaken various leadership and administrative roles in The Royal British Legion and the Alzheimer’s Society.  Phoebe has a degree in History from Cardiff University.

We are very lucky to have such distinguished partrons supporting Repair Cafe Wales. 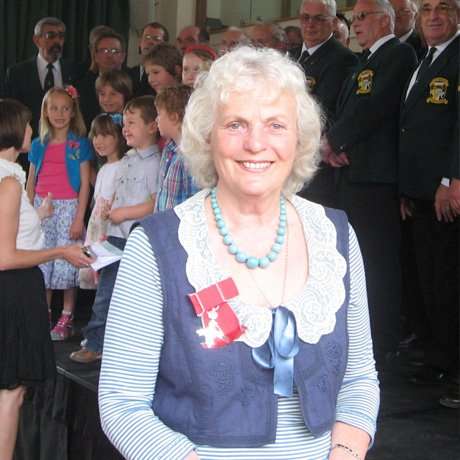 Author, grandmother and teacher Mrs Wood-Gaiger, writes educational books and helps run a website called Grandma’s Stories dedicated to how we can bring the lessons we learnt from our grandparents up-to-date to instil a love of learning in children, making learning fun.  Valerie received the MBE for innovation in education.

Valerie was mainly home educated until the age of 10 as she was dyslexic, but she still left school at 15 as the top student in the school. After being made redundant, she decided on a new career – writing fun, educational books for adults to read with children.

In 2000, she was voted a Sky W-Icon to become one of two W-Icons, or spokespeople, for the British Women’s Institute (WI).

Valerie lives in Myddfai in Carmarthenshire and is active in her community.  Having spoken at UNESCO in Paris and at conferences from Ukraine to Uganda, Valerie now brings her energy and values to encourage people to Reuse; Repair & Recycle and shares ideas that are Achievable; Affordable and Sustainable to promote the Repair Cafe Wales concept. 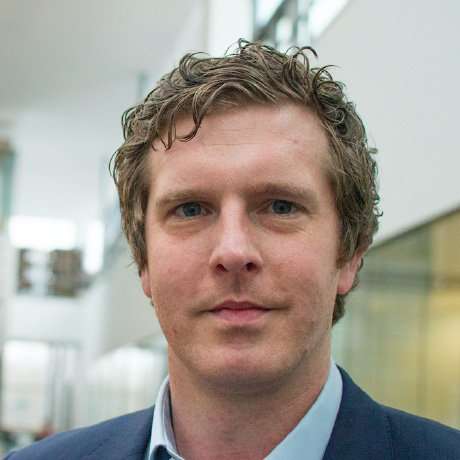 A Professor of Digital Education & Policy at Swansea University, Tom has previously spent a number of years at the University of Bath and Cardiff Metropolitan University. Whilst his disciplinary background is in computer science and informatics, his research interests are naturally interdisciplinary and sit at the research/public policy interface: STEM education, digital pedagogies, curriculum reform, data science, intelligent systems, software sustainability, digital transformations, public service innovation and skills/infrastructure for the digital economy. In June 2017, Tom was appointed MBE in the Queen’s Birthday Honours for “services to computer science and the promotion of computer science education”.

Tom’s other affiliations have included being the Vice-President of BCS, The Chartered Institute for IT, an elected member of the ACM Europe Council, a non-executive director of Dŵr Cymru Welsh Water, an independent member (non-executive director) of Swansea Bay University Health Board, a two-term Trustee of the British Science Association (2011-2017) and a two-term Trustee/Director of the Campaign for Science & Engineering (2011-2017).

We work closely with the organisations below in a number of ways including co-hosting events, fixing / donating / borrowing items, mentoring, managing time credit schemes, analysing repair data, upskilling individuals, hosting repair cafés, providing volunteering opportunities and working together to promote the ‘make do and mend’ culture.